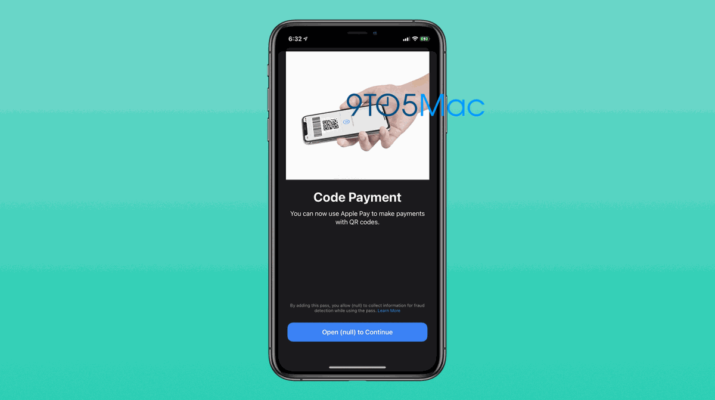 Apple’s upcoming iOS 14 update might let you pay for items by scanning QR codes that activate Apple Pay, giving you another way to use the company’s digital payment platform. 9to5Mac found references to the as-yet unannounced feature in the newest iOS 14 developer beta released earlier today.

9to5Mac said it wasn’t able to get the feature to work, though, but it did find an image that appears to be instructing the user about how to use the new feature. And 9to5Mac says it found the code for the feature in a public system API, which may indicate third-party apps could also let you scan QR codes to make purchases using Apple Pay.

iOS 14 is still only available as a developer beta, and Apple regularly tweaks and changes features in its upcoming software right up until it’s released to the public. That means this feature, which hasn’t been announced and which we currently only know about because 9to5Mac went digging through iOS 14 code, may not actually see the light of day with the final release later this year.

If you want to learn more about what’s officially planned for iOS 14, check out my colleague Dieter Bohn’s impressions of the first beta version of the new update.