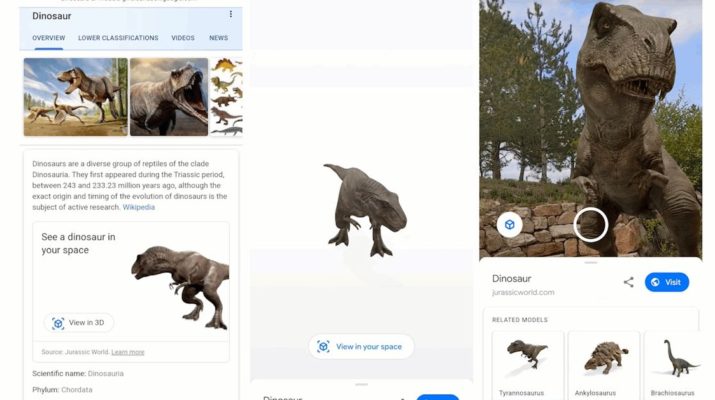 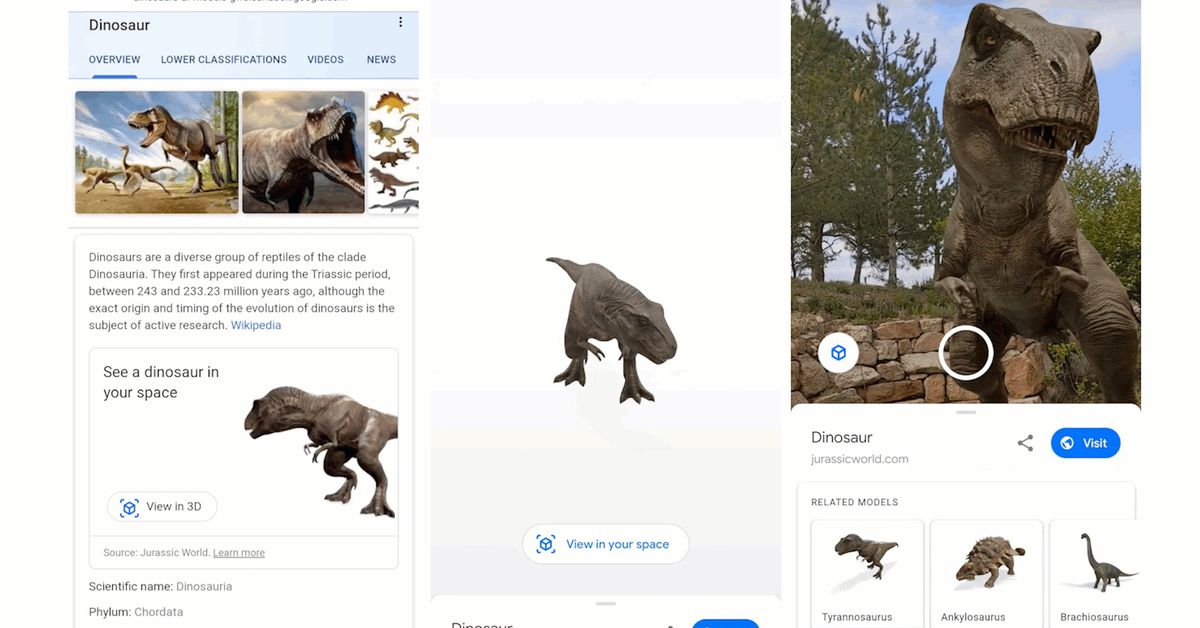 It’s one thing to read about the massive dinosaurs that used to roam the Earth; it’s quite another to imagine how they’d look stomping around your neighborhood. Google can help, though. The company has added 10 augmented reality dinosaurs to Google Search, meaning that next time you’re looking for vital statistics on a Brachiosaurus or Pteranodon, you’ll also be able to get an idea of how these creatures looked in real life.

Google started adding augmented reality animals to searches last year at Google I/O, and has since introduced a veritable menagerie, covering cats, scorpions, bears, tigers and many more. Now a herd of dinosaurs has also been added to this list, each of which uses graphics developed for the Jurassic World Alive augmented reality mobile game.

Of course, trying to fit a Tyrannosaurus Rex into your front room is a bit of a tall order, so Google says the AR animals will scale automatically to their environment. It’ll be interesting to see how well this scaling technology works, though, as Google’s augmented reality animals have become a bit of a meme for their tendency to misjudge size, resulting in massive AR ducks and emperor penguins stomping around peoples’ homes.

Not every phone or tablet will be able to see the AR creatures due to hardware limitations. If you’re on Android you’ll need to have an ARCore supported device, and if you’re on iOS Google says you’ll need an iPhone 11 Plus. (It’s not clear if later devices are also supported.) If you’ve got one of these devices, just search for one of the dinosaurs above using the Google app, or via Google on the iOS Chrome browser, or via any browser on Android.