This has been my motto while playing the preview build of Forza Horizon 5, the latest iteration of Playground Games’ open-world racing series. Horizon is the chill, microdosing cousin of Forza Motorsport, with festival vibes, ridiculous race tracks set in lush environments, and, of course, a virtual garage full of gorgeous vehicles.

Horizon 5 takes place in a fictionalized Mexico, which makes it the perfect stomping ground for the 2021 Ford Bronco, an SUV that I’ve been drooling over for more than a year in real life. It’s the first new model in 25 years, it’s styled after the first-generation Bronco that Ford rolled out in 1965, and, best of all, it comes in a cactus gray colorway. However, for a multitude of reasons — the global chip shortage, supply-chain slowdowns and the sheer expense of it all — I’m not likely to get my feet on the pedals of a new Bronco any time soon. That’s where Horizon 5 comes in.

Horizon 5 begins with a yellow Bronco Badlands strapped to the floor of a plane, ramp lowered behind it with clear sky soaring by. Starting the game drops the vehicle out of the plane, parachuting you onto the rim of a snow-capped volcano. Immediately, you’re driving at high speeds, following a trail down the fiery mountain and getting a feel for the Bronco. It moves like a heavy piece of machinery, tilting on quick turns and cannonballing down the road, sturdy yet sensitive. (The obligatory, “I like my partners the way I like my SUVs” goes here.)

And then the next car drops from the sky — a zippy 2020 Corvette Stingray Coupe that drives much differently than the Bronco, turning on a dime and floating over the road. After a few minutes with that, a 1989 Porsche 911 Desert Flyer parachutes past a herd of flamingos, zooming down forest trails with fantastic handling. Finally, the Mercedes-AMG One, a superfast hybrid sports car, finishes the ride by racing an airplane.

Each of the starting vehicles has its own sensibilities and strengths. They all finally land at the Horizon Festival, a massive music and racing extravaganza held in the Mexico desert. This is the main hub of the game, and it’s a party atmosphere filled with bright pink signs, crowds of cheering fans and a ceaseless barrage of fireworks, confetti and hot air balloons.

This is where you’re given the chance to pick a vehicle for the first time, and it’s the origin of my Horizon 5 mantra: Bronco. Every. Time.

It’s not that the Bronco is the fastest or smoothest vehicle in the game, but it feels right rolling through the rugged desert landscape. It’s the vehicle I want to be driving in real life, and it’s incredibly satisfying to maneuver it up winding mountain roads, along charming city streets and into the heart of massive dust storms.

To be fair, I don’t actually pick the Bronco every time — there are some races that the SUV simply can’t win, given its top speed and wide turns, and for these I’ll happily use one of the sports cars. But when it comes to exploring, I’m all about the Bronco. 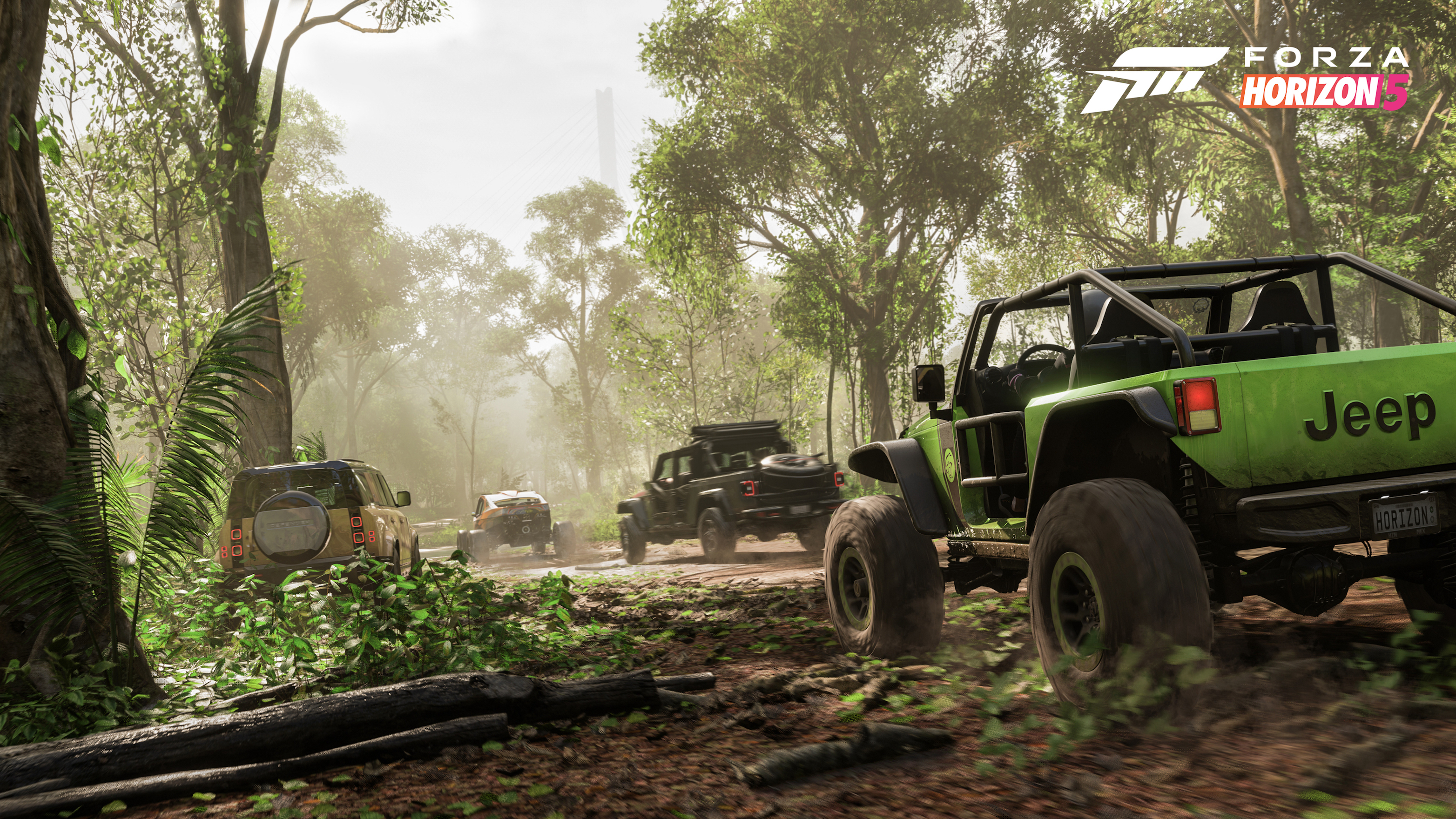 That said, all of the vehicles in Horizon 5 are magic. They get cracks in the windows and dents in the doors, but they’re truly indestructible and no matter how many backflips they do, they always land tires-down. Plus, if you mess up a turn or run into an immovable object, you’re able to rewind time. In the end, Horizon 5 is a cactus-lined fever dream of racing, leaping and crashing, and then resetting and doing it all again.

The preview includes the first 90 minutes or so of Horizon 5, offering a world map with a handful of races to complete and bonuses to earn by driving around and smashing up the environment. There are multiple layers of customization in the game, from character creation and accessorizing, to vehicle designs and purchases. The preview ends as you unlock your first house of the game, a beautiful pink casita surrounded by cacti and mountains.

I’m playing Horizon 5 on Xbox Series S, the mid-range platform for this title. It’s heading to PC, Xbox Series X and S, and the Xbox One family of consoles, and the main difference among these platforms will be graphical fidelity and loading times. Xbox One players will see loading screens, while PC and Series players won’t, since those platforms can take advantage of SSDs. There’s also no raytracing on the Xbox One versions.

On Series S, Horizon 5 runs smoothly and looks beautiful so far, maxing out at a resolution of 1920 x 1080 and 60fps without raytracing. The final version will be capped at 30fps with raytracing, but this feature wasn’t live in the Series S preview build. Playground Games promises the raytracing mode will be in the Series S edition at launch. Even without the boost, Horizon 5 is a treat to look at, with four distinct biomes, dynamic weather and seasons, and dense, lived-in environments.

After more than a year of restricted travel and stay-at-home orders across the globe, Horizon 5 is a delightful, easygoing escape. It’s lighthearted yet intensely detailed, with realistic environments and vehicles, and it offers whatever type of challenge you want. There are multiple difficulty settings for each race, but there’s also the option to just ride around, drive up the side of a volcano or cruise along the beach. Horizon 5 is the escape I need right now, and bonus, I get to do it in the Bronco of my dreams.

Forza Horizon 5 is due out on November 9th and it’ll be included in Xbox Game Pass.